I am so lucky!

I haven’t won the lottery.  I did not find gold coins in my backyard.  I didn’t even get a bouquet of flowers from my hubby.  I was a witness, a score keeper, a tape distributor, and a recorder.  I was part of the Paper Olympics which took place in the Millville Senior High School Auditorium yesterday. 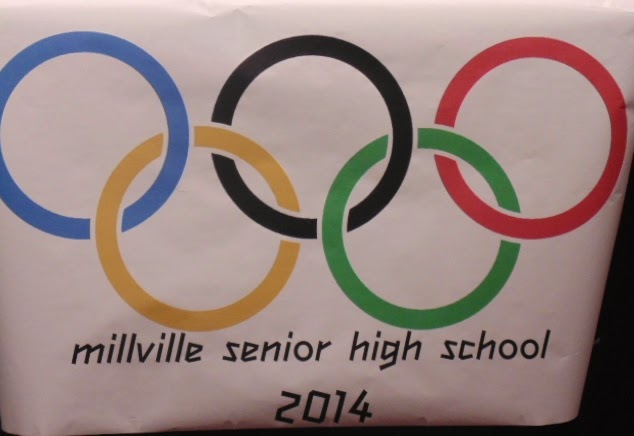 Mrs. Jamie Burrows, the Computer Aided Drafting and Design teacher, created the idea of the Paper Olympics to push her students to think, create, and perform.  The class decided to challenge Gerald Bruman’s Engineering class to compete in the Paper Olympics, focusing on various tasks, such as creating paper bridges, designing paper parachutes, throwing paper objects at paper targets, making and throwing paper airplanes for distance, building paper structures, and paper creativity.  The auditorium was a laboratory, a thinking space, a maker space.  Boys and girls worked together, divided into teams which they named themselves.  They shared design ideas, tried new things to make their design better and challenged each other every step of the way all while under a time limit.  Each task had a new challenge attached to it for the rights to claim to be the best! 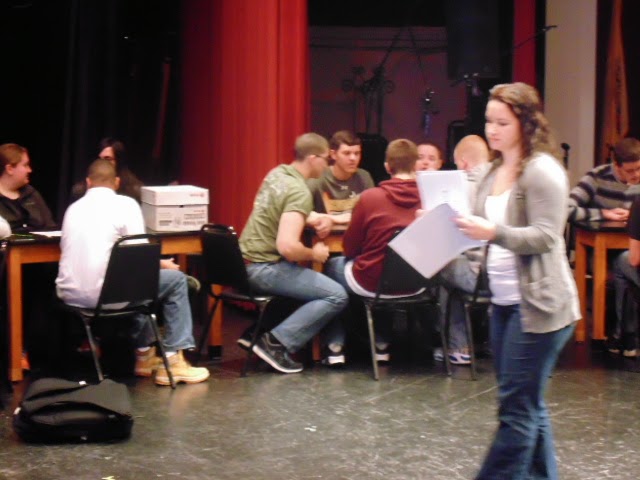 Paper airplanes were flown from the back of the auditorium toward the stage.  The longest distance was over 84 feet!  Paper bridges had to be measured for length, if they stayed aloft hanging from chair to chair without breaking or touching the floor.  Paper parachutes were made using just paper, tape, weights, and string.  They were released from the auditorium ceiling lighting structures by Mr. Bruman and Henry Hartman, the Fine and Performing Arts Department Head.  The parachutes were timed in their descent to the floor. 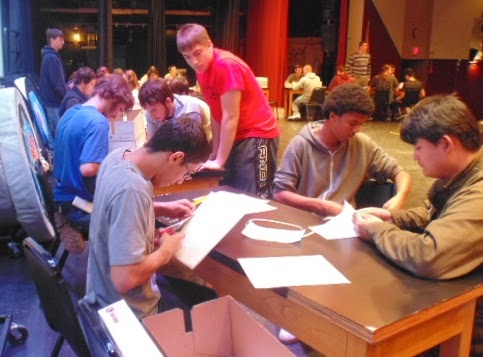 There was fierce competition and whoops and yells could be heard every so often as teams believed their designs were the best.  Everyone showed good sportsmanship, had fun, laughed, and marveled at what each team designed and delivered.  Some teams worked with music playing on their iPods, some worked in complete silence until a question concerning the design cropped up.  The Paper Olympics was creative, inspiring, and fun.  Students were engaged and empowered.  Mrs. Burrows, Mr. Bruman, Mr. Hartman, and Mr. Pete Rominick, the Science and Math Department Head, were ready and willing to play judge and record measurements and distances. 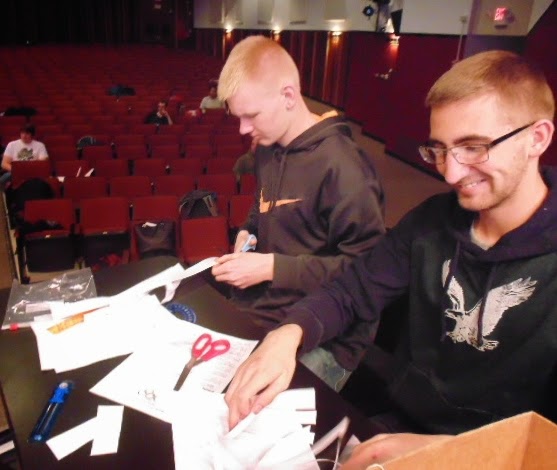 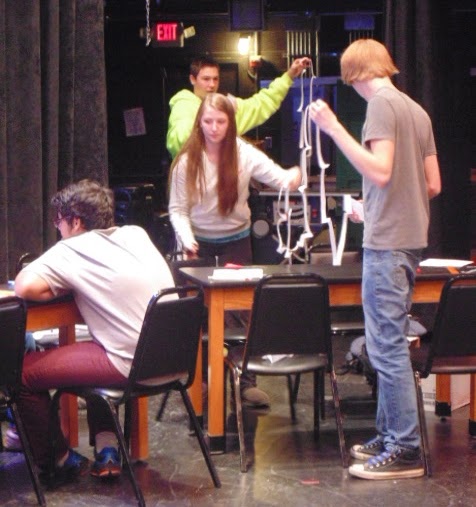 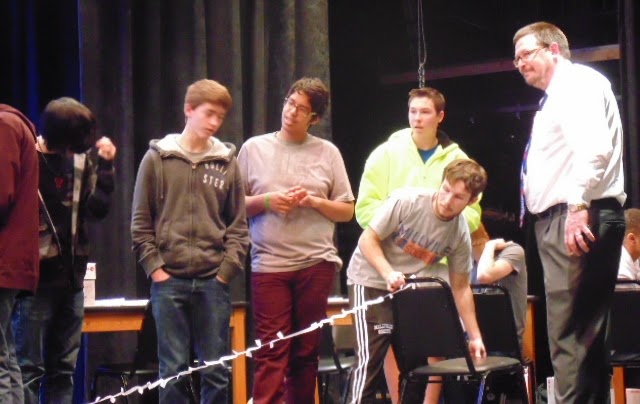 I am the librarian at the high school.  I witnessed the creativity and ingenuity of these students.  They worked together, challenged themselves and each other, and learned so much.  They had fun.

I am so lucky.  I got to have fun, too.  That is what school and learning should be about.  What have you been a part of lately that was fun for you? 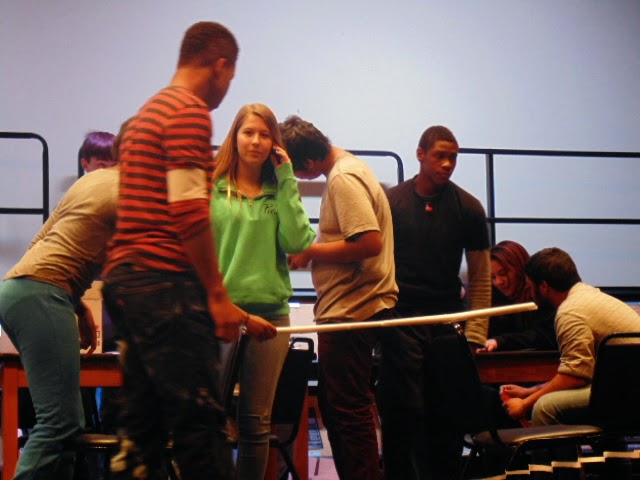 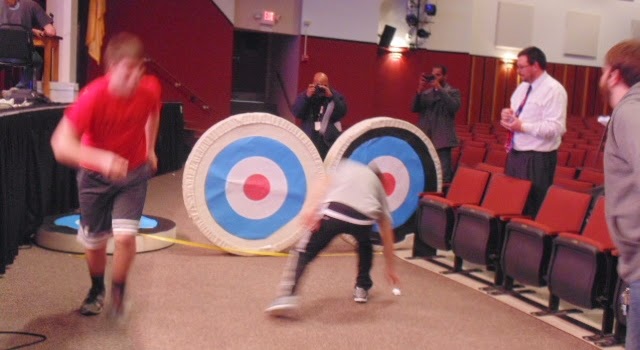 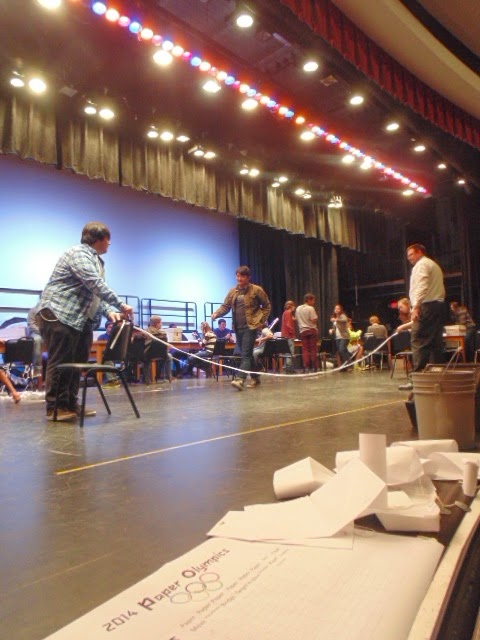 Posted by Kathleen Galarza at 8:22 PM